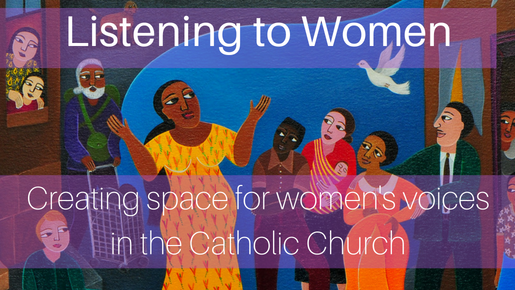 El Ignaciano has dedicated this issue to a dialogue regarding the place of women in contemporary society as well as in the Church. We made the editorial decision to limit article contributions in this issue to women authors so as make sure that the voice of women is heard on this topic.

We do not necessarily agree or support any of the views expressed by the respective authors contributing to this issue, but we do strongly and unapologetically support the position that the voice of women needs to be heard in the Church and needs to be heard in all matters, but very especially on the matter of the role of women in the ministry of the church.

The articles in this issue do represent a wide spectrum of opinions and points of view on the topic at hand and we hope it encourages a dialogue that is imperative in the life of the Church. It is evident to all serious observers that the Church is experiencing a crisis of almost unprecedented nature.

Some key measures: Americans ages 18 to 29 are considerably less religious than older Americans. Fewer young adults belong to any particular faith than older people do today. They also are less likely to be affiliated than their parents’ and grandparents’ generations were when they were young. Fully one-in-four members of the Millennial generation – so called because they were born after 1980 and began to come of age around the year 2000 – are unaffiliated with any particular faith. Indeed, Millennials are significantly more unaffiliated than members of Generation X were at a comparable point in their life cycle (20% in the late 1990s) and twice as unaffiliated as Baby Boomers were as young adults (13% in the late 1970s). Young adults also attend religious services less often than older Americans today. And compared with their elders today, fewer young people say that religion is very important in their lives.

The statistics cited in the previous paragraph become less abstract and very close at hand to anyone who attends mass regularly or has been invited to a growing number of weddings celebrated outside the sacramental presence of the Church, not to mention the declining number of vocations to the religious and diocesan priesthood.

The reasons for this situation are obviously complex, and there are many issues that contribute to it, but indeed the role of women in the Church is central among them.

El Ignaciano hopes that with this issue we make a modest contribution to an ongoing dialogue that is of evident urgency.