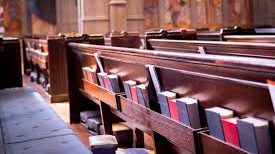 The figures are unsettling: young adults are increasingly leaving the Catholic Church. Fifty percent of Catholics 30 years and younger are now religiously disaffiliated and one out of six millennials in the US is a former Catholic. Of these, the majority identify as “nones” and a smaller percentage have joined other churches. For every person who becomes Catholic, 6.45 are leaving the Church they once called their own.

There are many reasons for this exodus. CARA researchers classified the “nones” (referring to the box “none” they check when asked about their religion) into three groups: the injured, the drifter and the dissenter. Although the boundaries are fluid among these groups, the latter comprise the majority and are more apt to voice their rejection of Catholicism’s teaching on birth control, sexuality and same sex marriage. A frequently mentioned stumbling block for the dissenters is the Catholic Church’s denial of the Eucharist to LGBTIQ+ people and to divorced and remarried Catholics. They point to the contradiction between the sacramental exclusion of these two groups and the inclusion of the marginalized manifest in the words and actions of Jesus in the Gospels. Only 2% of those interviewed mentioned the sexual abuse scandal as their reason for leaving the Church. The data indicates that a small percentage of former Catholic young adults identify themselves as agnostic or atheists but most nones are still searching for community and spiritual practices.  The study points out that a majority view their decision to leave the Catholic Church as irrevocable.

The pastoral cycle of “see, judge, act,” prompts one to ask what is being done by the Catholic Church as she confronts this challenge.  While gathering information for this article, I identified four interventions that reflect this concern. I want to disclose that though I also encountered conservative programs that aim to attract millennials, I chose not to include them here as these replicate the more traditional ecclesial environment that has arisen post Vatican II and, though they incorporate spirituality, they do not address the challenging questions of progressive young adults, the largest group among the nones.

The first response comes from the hierarchy. Church leadership is acutely aware that the young are leaving the Church and the October 2018 Synod on Young People, the Faith, and Vocational Discernment attests to this concern. On the one hand, the more thorough evangelization and catechesis proposed by some bishops is predicted to be rejected by disenfranchised millennials as it reminds them of the doctrinal impositions of their childhood and is one of the reasons many have left the Church. On the other hand, the final version of the synod document, signed by 2/3 of the approximately 250 bishops present, contains two surprising elements. Acknowledging the concern of the young about the status of women in the Church, the bishops call it a “duty of justice” to include the presence of women “in ecclesial bodies at all levels, including in roles of responsibility, and of women’s participation in ecclesial decision-making processes.”  The synod document also admits that the Church’s teachings on sexual identity are not “understood” by young people, and issue a call to the Church “to take up deeper theological and anthropological studies on sexual orientation.” These statements indicate an institutional acknowledgment of the difficulties that these corresponding issues represent for young adults and the need for change, on the part of the Church, in these two areas.

But as any student of history knows, change in the Church often begins at the grassroots. At this level, I identified three programs that address the present crisis.

The first was presented in the article by Jamie Manson on the Benincasa community, named after the reformer and doctor of the Church, St Catherine of Siena, whose full name was Caterina di Giacomo di Benincasa, or “good home.” Their inspiration is rooted in the Dominican charism of prayer, study, community and ministry.  Among their various practices of hospitality is a monthly prayer service and lunch on the first Sunday of the month, an event that is attended by many young adults who feel alienated from the institutional Church but still long for a sense of belonging to a community that incorporates a rich spiritual tradition.

The second comes from a two-part series by Heidi Schlumpf on the Re/Generation model emerging from Call to Action. The program grants a stipend to young adult participants to create a project during a six-month period in which they are provided with a mentor. It must be noted that the participants do not self identify as nones; they are committed Catholics and many of them have studied at Catholic Universities and work for Catholic organizations. They consider Catholicism to be “in their genes” but often feel uninspired, isolated and excluded in more traditional Catholic parishes or movements. They reject being labeled “the future of the Church,” insisting that they are the “now” of the Church.  Among the various projects undertaken was that of a Latinx+ transgender person who was adapting the Ignatian Spiritual Exercises for LGBTIQ+ people. Another participant, for whom racism is a core issue, designed a Liberation Rosary.

The third intervention is the Nuns and Nones project, featured in a series by Soli Salgado for the Global Sisters Report.  This movement has brought together a great number of sisters and millennials in the United States to experience community, discover their similarities, engage in dialogue, collaborate in social justice and join in spiritual practices. I was inspired by an incident mentioned in the narrative: when some nones asked the sisters how they could remain in a Church that had investigated their orthodoxy during the 2012-2015 Vatican inquest, the nuns replied that it had never occurred to them to leave, “how could we leave?” they asked, “for no one can tell us we are not the church.”

As we look to the future, we heed the words of Pope Francis stating that “somethings concretely need to change, and if that is to happen, she (the Church) needs to appreciate the vision but also the criticism of young people.” The critical concerns of millennials, nones and disenfranchised young adults as well as of those who are committed to their faith but feel displaced in the Church today can be summed up as follows.  They have faith and justice questions as these apply to earth, climate, racial and economic justice, to immigration, women’s rights and LGTBIQ+. They are accepting and affirming of traumatized and marginalized groups and disagree with the sacramental exclusion by the Catholic Church of sexual minorities and divorced and remarried Catholics. They reject the justification for the institutionalized patriarchy in the Church. They are interested in community and in the rich spiritual traditions of the Church but feel disempowered in conservative religious environments.  Millennials tend to leave the institution over their disagreements, while the older generation chooses to stay within the institution and work for change from within. Ever the optimist, I close with an image prompted by one of the articles:  those on “the edge of the inside” (a term coined by Father Richard Rohr, O.F.M. referring to those who have remained in the Catholic Church and struggled with the issues) extending their hands to those on “the edge of the outside” (referring to those who have left the Catholic Church because of their disagreements) so as to dialogue, to pray, to serve and to continue on the pilgrimage.