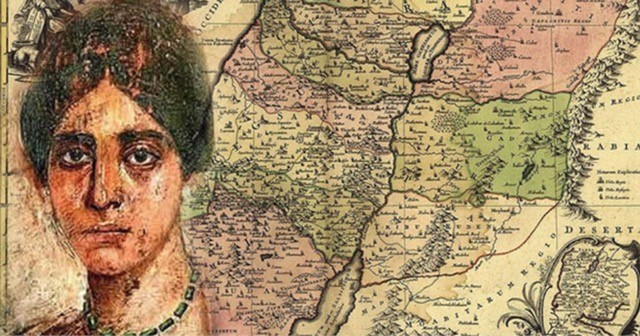 I remember those austere seats where, as school children, we sat to watch Joan of Arc, starring Ingrid Bergman. Year after year, the nuns showed us the same movie; and time and again I was entranced and outraged while witnessing the odyssey of this saint.

My mujerismo was born in those benches. From that hard place there also arose the question: Why this endeavor to break the will of our women, unleashing malice, and even violence against them?

I think of St. Teresa of Avila, now venerated, but whose passionate defense of women, expressed in twenty censored lines of the Way of Perfection (edition of El Escorial) reflect her experience of the disparity imposed on women by some ecclesiastics of her time.

St Teresa, who laments that as women “we are corralled,” whom the Nuncio Sega disparaged as “the gadabout nun” and whose words on her deathbed reveal the menacing shadow of the Inquisition that pursued her throughout her life: “Lord, I give you thanks that, at last, I die a daughter of the Church.”

I think of St Joan of Arc, and of Marguerite Porete, the mystic author of The Mirror of Simple Souls, both burned at the stake by the Inquisition. And, what can we say about Juana Ines de la Cruz, the Hieronymite nun known by posterity as “the Tenth Muse” and “the Phoenix of the Americas,” whose extensive library, along with her scientific and musical instruments, were confiscated and who was forced to sign her last written work with her blood, identifying herself as “I, the worst of all”?

I consider also Hypatia, the Neo Platonic philosopher and mathematician who was torn to pieces by a mob, manipulated by ecclesiastical rivalries.

We honor their memory, and that of so many other women, when professing the communion of saints. Along with them, we form part of this “invisible crowd of witnesses” (Heb.12:1) that sustain and encourage our journey. From among our maternal forebears in the faith, I would like to recall in this article the story of Egeria, the pilgrim, a woman from late Christian antiquity who challenged the parameters of her time, daring to follow uncommon paths and bequeathing to us the first account of a woman pilgrim to the Holy Land.

Though Egeria has been the source of numerous studies, the information about her is scant and the various theories about her place of origin are tinged with partisanship.

While we possess some facts, much of what is said about her belongs to the realm of historical reconstruction.1 Her narrative is first recounted by Valerian, an abbot from Leon, Spain, who in the second half of the VII Century writes for his monks the Epistola de beatae Eitheriae laude.

Valerian describes that this “holy woman” was named Egeria, that she came from “the extreme shores of the western ocean” placing her in Gallaecia, Diocese of Hispania.

In 381, our heroine undertook a journey from Northwest Spain to the Holy Land. For the next twelve centuries Egeria fades into silence until in 1884 Gian Francesco Gamurrini accidentally discovers in the library of Arezzo a XII Century copy from Monte Cassino of the Itinerarium Egeriae.

1 The Diary of Egeria is available on the web. The specific facts found in this and the following two paragraphs are compiled from Anne McGowan and Paul F. Bradshaw, The Pilgrimage of Egeria, A New Translation of the Itinerarium Egeria, with Introduction and Commentary (Collegeville: Liturgical Press, 2018) and from the article by Rosa María Cid López, Egeria, peregrina y aventurera. Relato de un viaje a Tierra Santa en el siglo IV (University of Oviedo, 2011).

The diary is divided in two parts: the first gives an account of Egeria’s journey through holy places, the second offers, with colorful details, the oldest and only extant description of Christian liturgies celebrated in biblical lands during the IV century. Her diary reveals that Egeria lived in community with other women, as she writes with the purpose of sharing her experiences with her companions in Gallaecia.

The question arises as to whether Egeria was a member of a monastic group, but canonical orders did not exist in the West at that time and Egeria never mentions the need of permission from a superior, either to undertake or to continue her pilgrimage; she makes her own decisions and adapts her plans according to the opportunities that arise along the way.

She writes in the common Latin of her time; whose philology approximates the development of the romance languages. She is thought to have had the economic means to afford the expenses of such a long journey.

At the same time, her entries indicate that she did not belong to a socioeconomic elite, since she depends on the hospitality of the monks, stays in monasteries throughout the journey and travels not by carriage but walking or riding on mules, donkeys and camels.

Her diary suggests that she was of some importance, since she is accompanied by a military escort while passing through dangerous territories and is welcomed by monks and bishops during her journey.

Her education is not classical, as she writes in colloquial Latin, implying she was not a member of the aristocracy.

Egeria is well versed in the Scriptures, she skillfully plans her pilgrimage to biblical places according to that knowledge and brings with her a translation of the Bible (Itin, Eger.17, I). She asserts that her love of God, her desire to do His will and an intellectual curiosity born of her reading of Sacred Scripture, led her to visit those holy places “in order to pray.” (Itin. Eger.17, I). The stamina required for such a long and arduous journey and the enthusiasm that shines through her descriptions indicate that she was probably young.

The journey of Egeria takes place from 381 to 384. Because some folios of the codex have been lost, we do not know her itinerary from Northwest Spain to Egypt, and even after examining the existing manuscript it is difficult at times to map the territories of her travels. Her diary begins in 383, when she is preparing for the arduous ascent of Mount Sinai, but she tells us that she arrived in Constantinople in 381 and went to Jerusalem, staying in the holy city for a considerable period of time.

She made frequent excursions from there to places such as Jericho, Bethlehem, Nazareth and Capernaum. Upon her return to Egypt, she stopped in Alexandria, Thebe, the Red Sea, Antioch, Edessa, Mesopotamia, Euphrates and Syria. She went back to Jerusalem with the purpose of going back to her own land, visiting Tarsus, Edessa, Syria and Mesopotamia, repeating her previous journey.

She then departed to Bithynia and Constantinople, where her diary ends. We do not know if she ever returned home. After arriving in Constantinople, she decides to visit Ephesus before returning to Gallaecia, concluding on a somber note, perhaps indicating an illness:

From this place, my ladies, light of my life… I have decided, in the name of Christ our God, to travel to Asia, that is, to Ephesus, to pray at the tomb of the holy and blessed Apostle John. And if after this I remain in the body, if I am able to visit other places besides, I will either relate them to your charities in person, if God shall be gracious enough to grant it, or certainly, if something else shall be resolved in my mind, tell you in writing. In the meantime, my ladies, light of my life, only be gracious enough to be mindful of me, whether I shall be in the body or out of the body. (Itin. Egeria, 23;10)

The diary of Egeria reveals fascinating aspects of her person, while at the same time, reflecting her challenge of some restrictive aspects of IV century Christianity.

It is curious that out of the many people she met in her pilgrimage, the only person she identifies by name is a woman, the deaconess Marthana (It. 23;3).2

Her tender and loving words to her companions abound with details that show her capacity for observation, wonder and delight before the beauty of the landscape, or when tasting apples from the orchard of St John the Baptist. Courageous and daring, her spiritual curiosity pushes her towards new horizons in search of an experience that will bring her closer to God.

She is not intimidated by the recriminations of some notable men of the Church, who were wont to reproach female pilgrims. Their disapproval is shown, for instance, in a letter written by St Jerome around 394, where he expresses (with his legendary temper!) his displeasure at the “foolish” journey of an unnamed woman, who some believe was Egeria.3

The monk Arsenius scolded a female pilgrim who went to visit him, telling her that as a woman, her place was at home.4 The most severe words against women pilgrims belong to St Gregory of Nyssa, who writes that women did not observe the law of continence by the mere fact that, due to their weak constitution, they needed the company of men to help them with the difficulties of the road.5

Women pilgrims were considered “crazy, eccentric, tomboys and deserving of ridicule.”6 It is important to note that in spite of the ecclesiastical rebukes mentioned above, Egeria repeatedly expresses her gratitude for the gracious hospitality she always found among the monks and bishops that welcomed her during her pilgrimage.

Geography is never just geography. Any journey undertaken, whether by choice or imposed by displacement, becomes the place of our being. The pauses along the way measure the distances from our past while pushing us ahead to trace new landscapes.

It is thus that the memory of Egeria evokes our own, united to that of other companions in the communion of saints. This challenge that freedom poses, with its persistent longing, is celebrated in the beautiful words of the Puerto Rican poet, Julia de Burgos: “I wanted to be as men wanted me to be an attempt at life; a game of hide and seek with my own self.

But I was made of presents, and my feet leveled upon the promissory land, could not bear to turn back, and followed onwards, onwards, mocking the ashes to reach the kiss of new paths…”7

Egeria is patroness of pilgrims and is quoted in the Catechism of the Catholic Church #281. Considering that one of the three central images of the Church in Lumen Gentium is “The Pilgrim People of God,” Egeria takes on a luminous importance.

As such, the traveller from Gallaecia continues to confront us not only with our past, but also with our present.