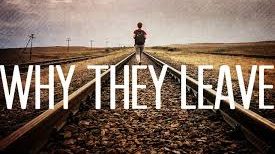 I have been Catholic my entire life; I have taught young girls and young boys for the greater part of my adult life.   I love the Church and love my students but, more and more, for these past few years, I find those loves to be somewhat at odds.  The Church’s teaching on celibacy, homosexuality and the ordination of women is well known, if not very carefully or adequately understood: “Equally well known is the great discrepancy between official Church teaching and Catholic practice.” [Kieran Scott, Human Sexuality in the Catholic Tradition (New York: Sheed and Ward, 2007), 3].  On matters touching on sexuality, the role of women in the Church and basic morality, my young charges do not so much disagree with the Church, into which they were baptized and confirmed, as find the teachings to be utterly irrelevant.  I would dare to say this holds true for many, if not most, of those in the millennial and Z generations.

What would Jesus have to say about all of this?  I would bet “dollars to donuts” that it would not be what the Catechism says about homosexuality or what Canon Law says about the celibacy of priests or the ordination of women!  Morality is about perfecting our freedom and allowing the Gospel to shape and inform our deepest values, not about repressing freedom for the sake of protecting power or privilege.  As Augustine stated so perfectly, “Amor et quod vas fac … Love and do what you will.”  The Gospel is not a dead letter; the Gospel is a living Word that speaks anew in every time and age.  “Go ye into all the world and preach the Gospel to every creature … Be not  afraid!  I am with you always until the end of time!” [Matthew 28: 20]

So, let us not leave it with what is wrong but let us offer some solution to these problems.  Jonathon Swift, a deacon in the Anglican Church said, “We have just enough religion to make us hate and not quite enough religion to make us love one another.”  And in another place, “Christianity has gone from a religion that wishes to cast a fire upon the earth, to one that is mostly concerned with suspecting other people of not being legally married.”  The solution is to be found in rediscovering the core of all truly religious impulses.  Religion must return to its sources in personal encounter, deep passion and living values.
All religious persons need be wary as to their place in the institutions of Church.  As John Caputo warns: “Suppose ‘God’ stands for everything that confounds, confuses, contradicts, and scandalizes this economy, these crusts of power and privilege, this order of presence … not in order to level institutions and civilizations, but precisely in order to keep them just, to let justice reign? [Caputo, God&diff, 10]  What then?  Indeed, what then will be left for those who served the institution that adorned them with power and not the God who raised them to life? The question is not rhetorical.  What will be left for all men and women of good will is the greatest gift of all, a religion rooted in and nourished by an encounter with Jesus Christ.
Of course, religion and institution need not be opposed but that does not mean that they are always on the same page either.  If I have to choose, I will always choose personal encounter with Jesus Christ over institutional fealty. Young people are not drawn to religion due to the sad fact that religion has allowed itself to be co-opted by power, wealth and authority.  Such an institutional religion of the powerful holds no attraction for the young or the young at heart.  We must return to the original sources of all religious life, which is not power but passion, not authority but the augmentation of life. The religion that our young people have rejected and are rejecting should be rejected.  If religion is about nothing but power and privilege, position and dogmatic pronouncement, it has precious little to do with the preaching of Jesus Christ.  Christianity, except in the exceptions of the saints, has not been tried and found lacking; it has simply been left untried.

If we spoke to our young people with passion and fervor about justice, mercy and love, things would be very different.  Nietzsche dead-panned, “The last Christian died on the cross.”  If we feel even a slight sting of his barb, we have work to do.  To paraphrase Jesus, “Religion is for human being, not human beings for religion.  We old folks tend to decry the religious apathy of the young.  Instead, we should be asking ourselves how we have allowed something so beautiful, and so tender as religion to become so unappealing, stale and dry.  What is attractive, not just to young people but to all human beings, is not perpetuation of the status quo or the affected trappings of the clerical class but a passionate longing for the coming Kingdom! “Thy Kingdom Come, thy will be done, on earth as it is in heaven.”